And the cold in North India continues on 16th... 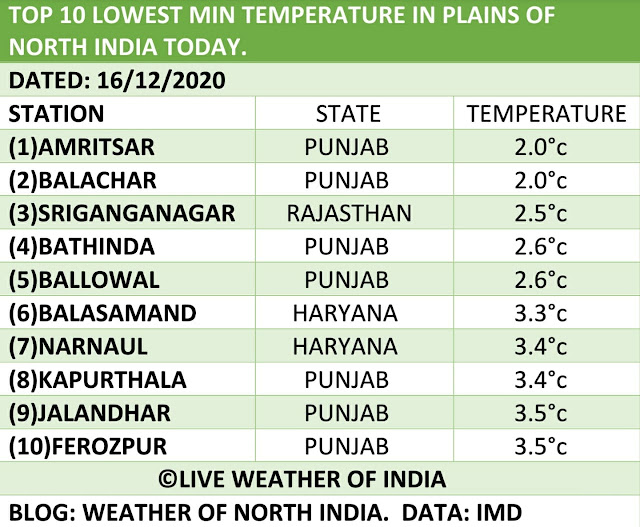 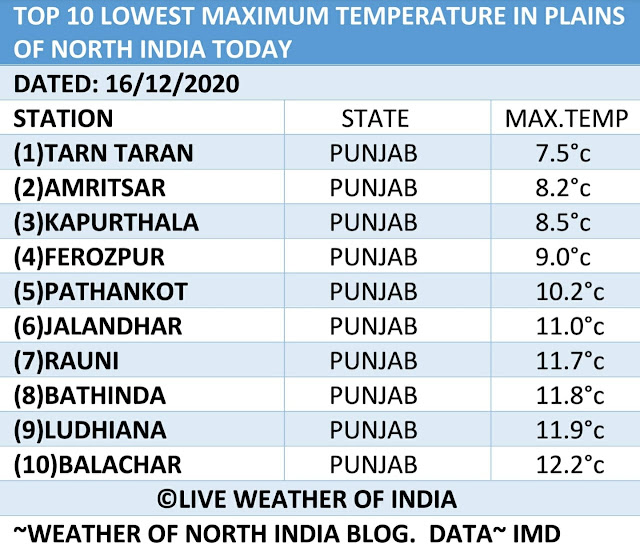 The mercury’s free fall continued across Jammu and Kashmir and Ladakh on Tuesday as Drass town recorded  -18.6c amid an ongoing cold wave in the two union territories.

The minimum temperatures dropped below the freezing point in the Valley and Ladakh, while night temperatures also came down in the Jammu division.

Temperatures as on 15th Morning.

Delhi’s temperature: A rapid decline in minimum temperature in Delhi was noted from 14.4c on December 12, when the city witnessed light rainfall, to 4.1c on Tuesday, 15th December, the lowest during the season this year....and due to significant amount of snowfall over the past few days in states falling in the western Himalayan range — Jammu & Kashmir, Himachal Pradesh and Uttarakhand.

The maximum or day time temperature has also dipped in Delhi from 29c  on December 10 to 19.4c on Monday, 14th.

Lack of cloud cover also leads to higher radiation from the Earth’s surface into the atmosphere at night time, which also cools the ground.
On 16th, Amritsar saw a Low of 2.0c and Sri Ganganagar 2.5c
By Rajesh at December 16, 2020