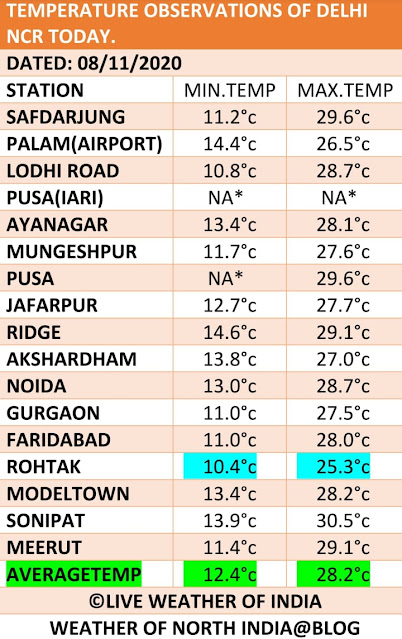 Sir when Mumbai and suburbs will get to experience cold?

La Niña continues in the tropical Pacific. International climate models suggest it is likely to continue at least through February 2021.

The Southern Oscillation Index (SOI) remains within neutral values, though still positive. With the Madden–Julian Oscillation (MJO) having moved out of the Pacific, the SOI is expected to return to La Niña levels in the coming weeks.

Other oceanic and atmospheric indicators indicate a mature La Niña.

La Niña typically increases the chance of above average rainfall across much of Australia during spring, and across eastern Australia during summer. The last La Niña in 2010–12 was a strong event that started early and continued over an extended period. Other active drivers such as a negative IOD contributed to the increased rainfall and widespread flooding over parts of Australia. Current La Niña conditions, though not as strong as 2010–12, and warmer than average waters to the north of Australia are contributing to the increased chances of rainfall over Australia. Climate outlooks indicate rainfall during November 2020 to January 2021 is likely to be above average for most of the country.

The Southern Annular Mode (SAM) is currently positive and is expected to remain so at least into late 2020. La Niña tends to favour positive SAM during spring and summer, further supporting the likelihood of above average rainfall in eastern Australia.

The Madden–Julian Oscillation (MJO) is currently at moderate strength, located near the tropical Americas. It is expected to become weak or indiscernible by mid-to-late November.

Climate change is also influencing the Australian climate. Australia's climate has warmed by around 1.4 °C since 1910. Southern Australia has seen a 10–20% reduction in cool season (April–October) rainfall in recent decades, while rainfall during the northern wet season (October–April) has increased since the late 1990's, especially for northern Australia, with a greater proportion of high intensity short duration rainfall events.