March 2015:..Excessive rains and hailstorms across much of the central, northern and western parts of the India and Pakistan... 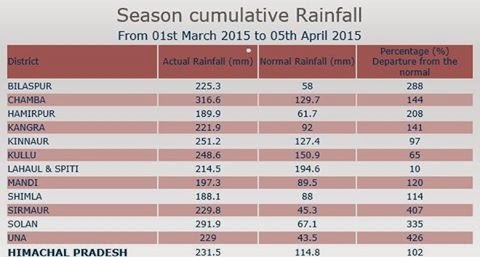 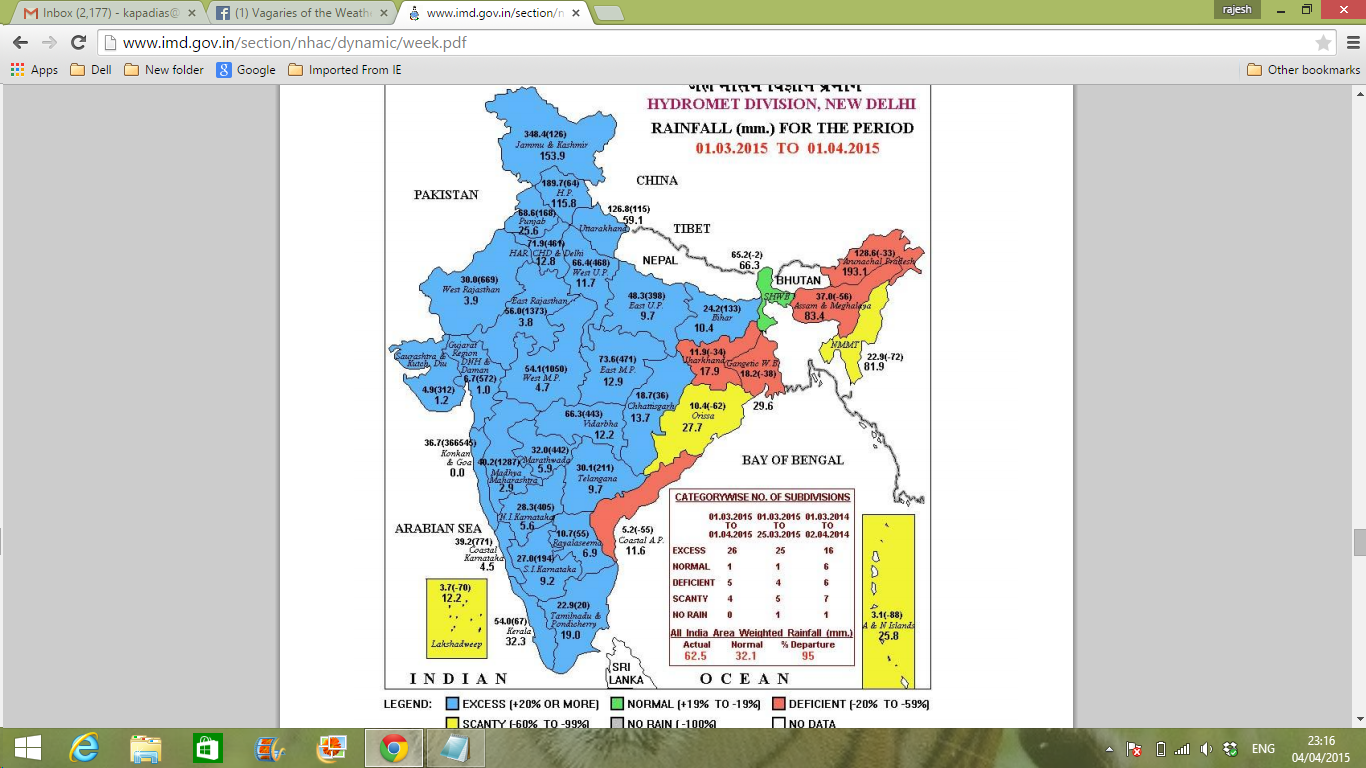 Normally, after February, western disturbances tend to reduce from 4/5 to 3 in March. But this year, not only were the disturbances more active, they extended up to April. This led to heavy showers from back to back Wds...M-1 to M-5...in March.


The showers and hail, which came at a time when the rabi crop was to be harvested, hit about 10 million hectares of the 60 million hectares of sown area. The standing wheat, mustard and chana crops were hit the hardest. Wheat crop in 21 per cent of the overall sown area has been completely damaged.

Pakistan and Bangladesh were also affected by the WDs. 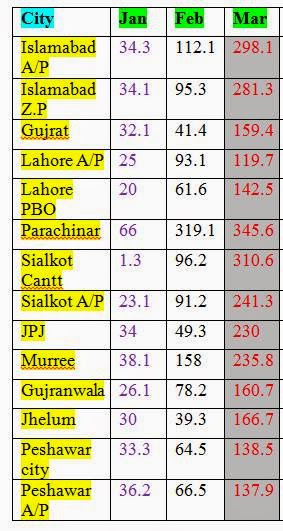 As yet, Vagaries feels,  the southwest monsoon, which usually hits the country in June, won’t be affected. The recent rain might not have an adverse on the overall southwest monsoon, but if it persists beyond mid April, the onset parameters may be "disturbed" and the onset of the monsoon might be delayed.


Desert Rajasthan continues to get rain from WD induced Cyclonic Circulation, ending 8.30 am on 04.04.2015

The  western  disturbance  as  an  upper  air  cyclonic  circulation  now lies over Eastern parts of Jammu & Kashmir and neighbourhood and extends upto 2.1 kms a.s.l. with a trough aloft with its axis at 5.8 kms a.s.l. running roughly along Long. 75° E to the north  of Lat. 32° N and is moving away east-northeastwards. The
induced cyclonic circulation lies over northeast Rajasthan and neighbourhood and extends upto 3.1 kms a.s.l.

Cherrapunji gets 1st spell as Bordoichila hits Meghalaya and Assam, Rainfall ending 8.30 am on 04.04.2015

The trough from Western parts of Assam to South chattisgarh now extends from Assam to South Orisha with an embeded cyclonic circulation over Assam &
adjoining Bangladesh extending up to 1.5 km above mean sea level.

rajesh sir: what about the el nino in 2015? how will it affect the monsoon. farm distress is terrible already.