Due to a major dust storm which was experienced in Saudi and then in the Emirates, dust storm crossed the Arabian sea and its remnants affected some parts of Maharashtra. 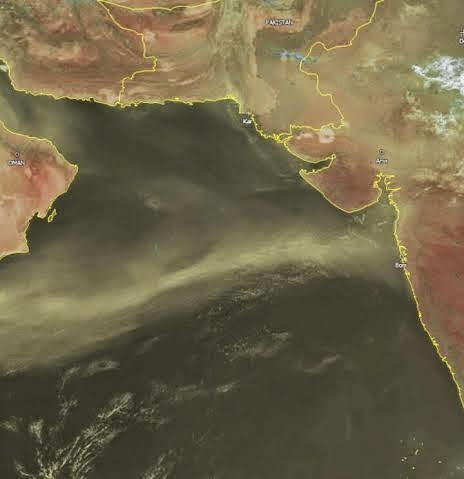 Dusty weather has been experienced in the state with the major regions affected being Mumbai, much of North Konkan, Raigad and parts of North Maharashtra such as Nashik and Nagar districts. It has also been seen in Pune district.
Mumbai Pics of Sunday Dusty Conditions...Image courtesy Hemant Padalkar (DNA) 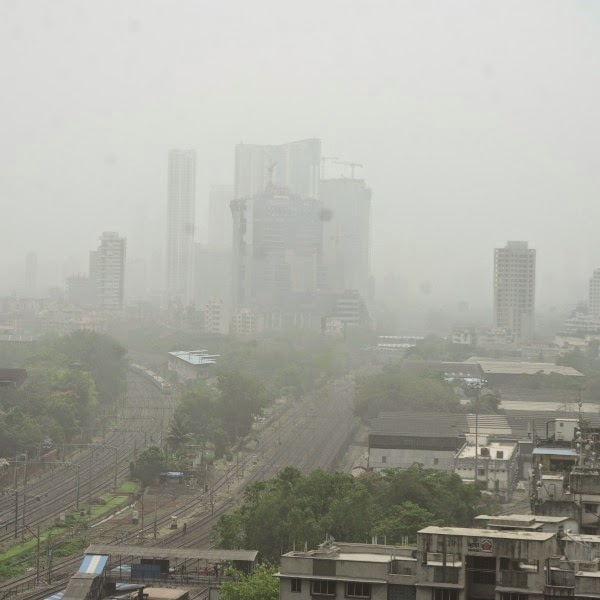 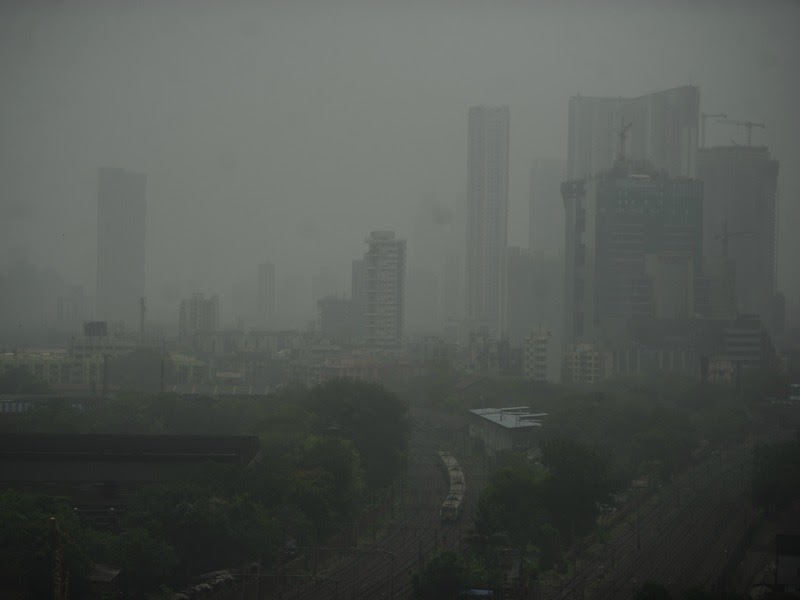 Pic from Thane by Abhijit 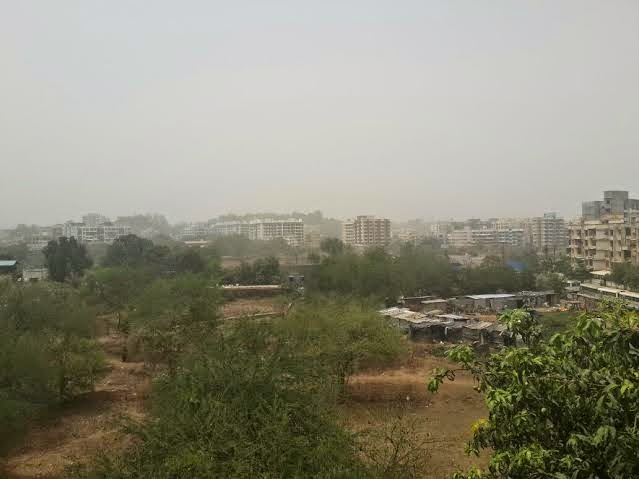 As per estimate, thunder showers were experienced in Kolkata from Late Afternoon. 7 mms were recorded till 8.30 pm IST Sunday.

W.D. as an upper air cyclonic circulation over eastern parts of Jammu & Kashmir & neighbourhood has moved away east northeast wards.