North India especially the northern plains are experiencing one of the disastrous monsoon this year. There's hardly any rain in the plains of Punjab, Haryana, Chandigarh, Delhi & West UP from the beginning of the monsoon season. Most of the districts are under deficient category while many are under scanty category.

Punjab & Haryana(including Chandigarh & Delhi) are the only two subdivisions which are under scanty category as per the data available till 22nd August. Punjab subdivision is bearing a deficit of -62% whereas Haryana division tops the table with -63% rain deficit since June 1. Also West UP is having rain deficit of -54%.
Now let's have a look at the district wise rainfall figures of the northern states...
ACCORDING TO IMD NORMS, RAINFALL IS CATEGORISED AS
EXCESS [+20% or More]
NORMAL [+19% to -19%]
DEFICIENT [ -20% to -59%]
SCANTY [-60% to -99%]
NO RAIN [-100%]
Data is available upto 20 August... 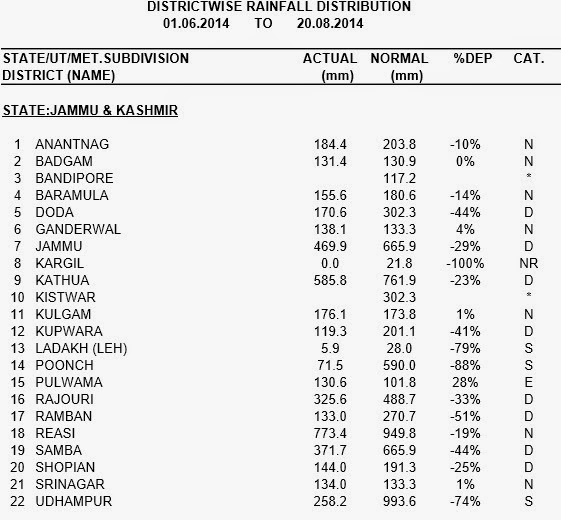 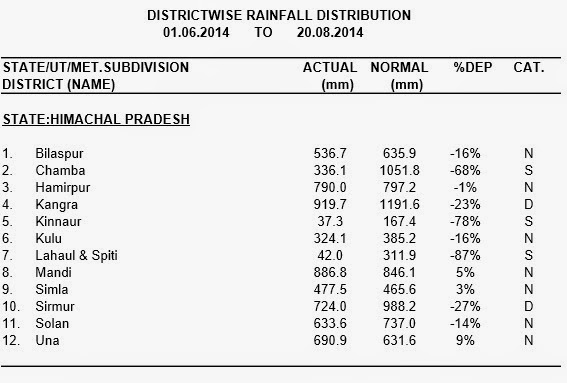 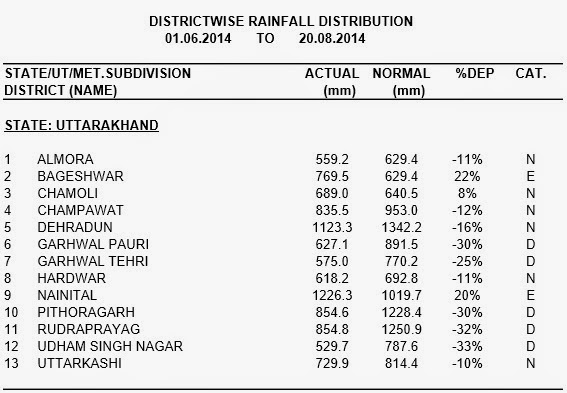 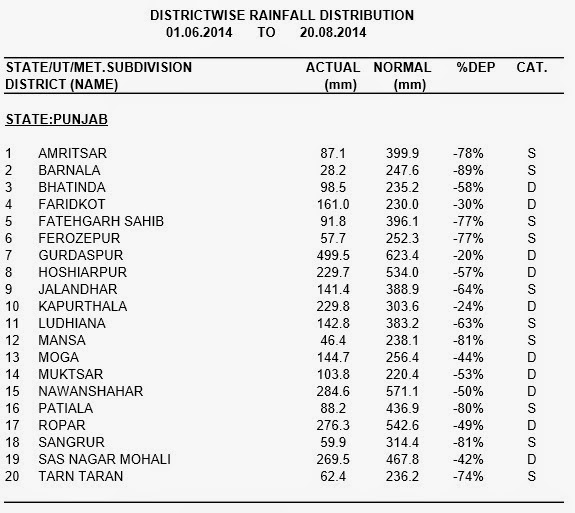 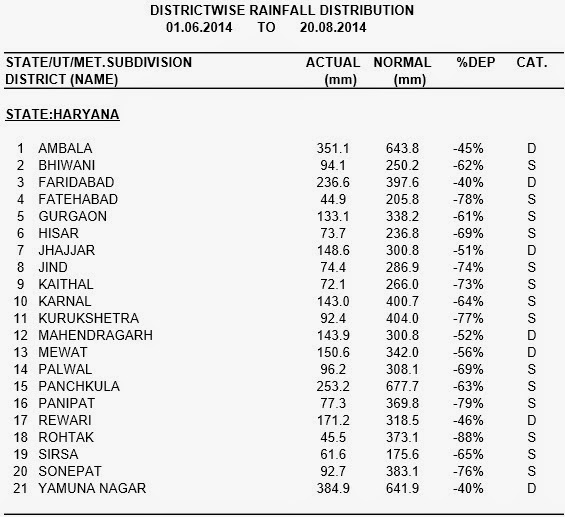 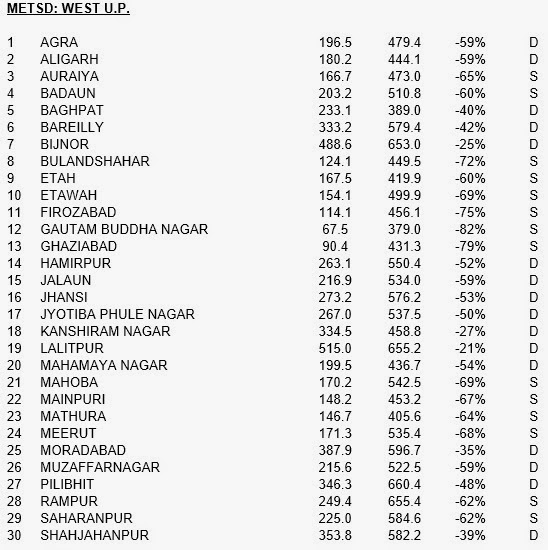 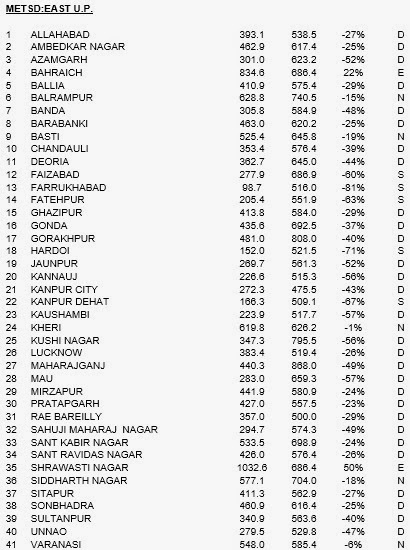 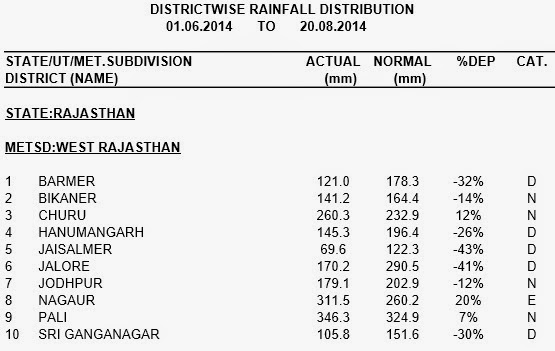 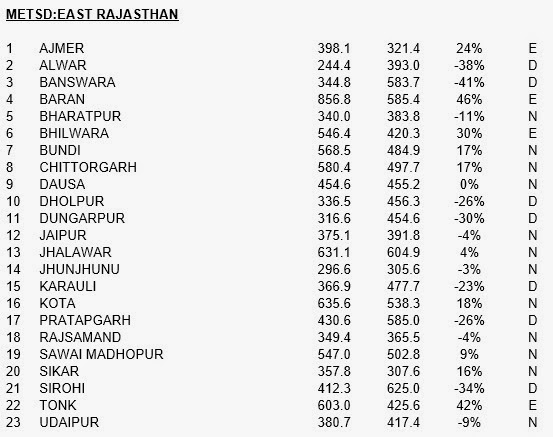 Days are getting terribly hot. Hissar has touched 40c, and as expected in vagaries, Delhi AirPort touched 39.6c.....
By Arpit Sharma at August 23, 2014

Would love to see a nice thunderstorm today evening in Mumbai

No rain IN SATNACRUZ only THUNDER IS here

Its raining in malad with thundering from last 30 mins..

Sir,
What is the outlook for september for north india and konkan region and marathwada. 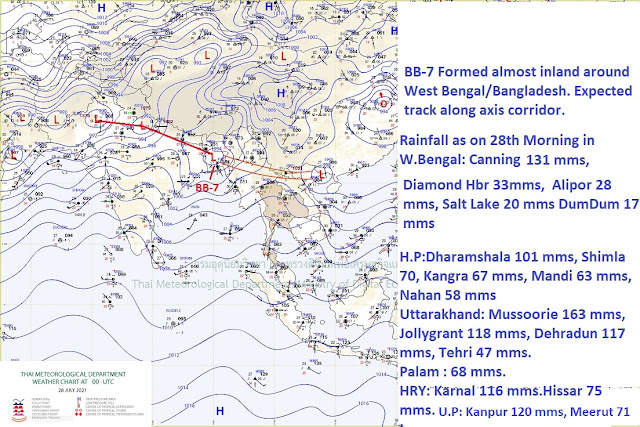