Mumbai/Pune: Light/Moderate rains in some parts on 20th/21st as a last attempt before the Monsoon finally withdraws by 22nd..(Almost touching the fringes of Divali !  However the most delayed withdrawal was 26th October 2010) .

Red Line is Monsoon withdrawn as on 19th..Green Line Monsson withdrawal by 22nd.👇 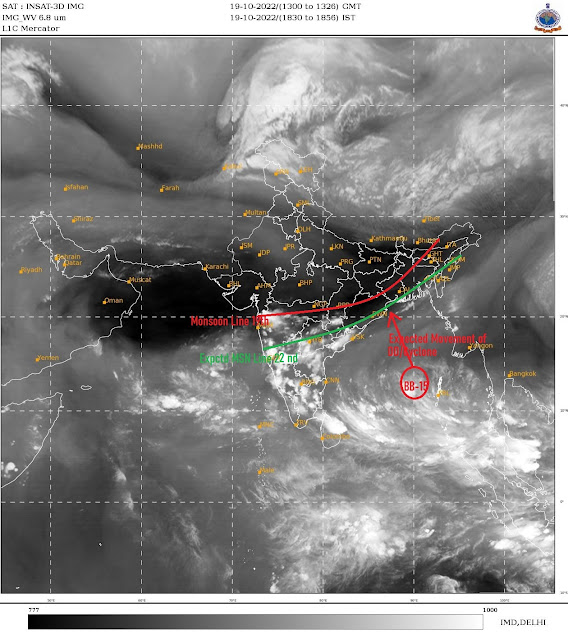 Aurangabad: Monsoon will be over after 22nd..and dry winds will prevail. Temperatures around 17c at night.

With the Formation of BB-15..Tracking N/NW, we will see the South West Monsoon withdrawing  from Maharashtra by 22nd.

No meaningful rainfall in T.N, Kerala and Interior Karnatak till 25th.

NEM setting may be delayed by the N/NW tracking of BB-15.