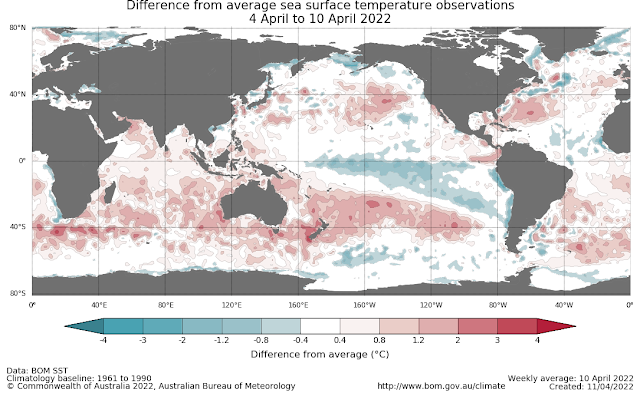 *The Madden–Julian Oscillation (MJO) has been weak or indiscernible for the past fortnight. Climate models indicate the MJO is likely to remain weak, - (Indicator: Changing)

*The Indian Ocean Dipole (IOD) is currently neutral. The latest IOD index value for the week ending 10 April 2022 was −0.04 °C. Much of the tropical Indian Ocean near the equator has warmed over the past fortnight, with sea surface temperatures now 0.4 °C  to 0.8 °C warmer than average across the region. _ (Indicator: changing) 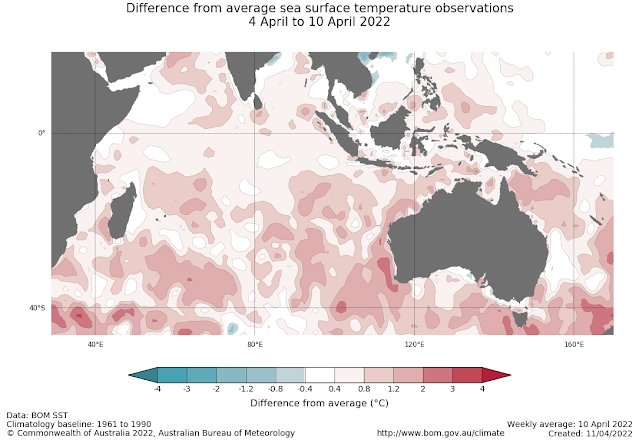 *The Oceanic Niño Index (ONI) is NOAA's primary index for tracking the ocean part of ENSO, the El Niño-Southern Oscillation climate pattern. The ONI is the rolling 3-month average temperature anomaly—difference from average—in the surface waters of the east-central tropical Pacific, near the International Dateline.  ( Indicator: + ) 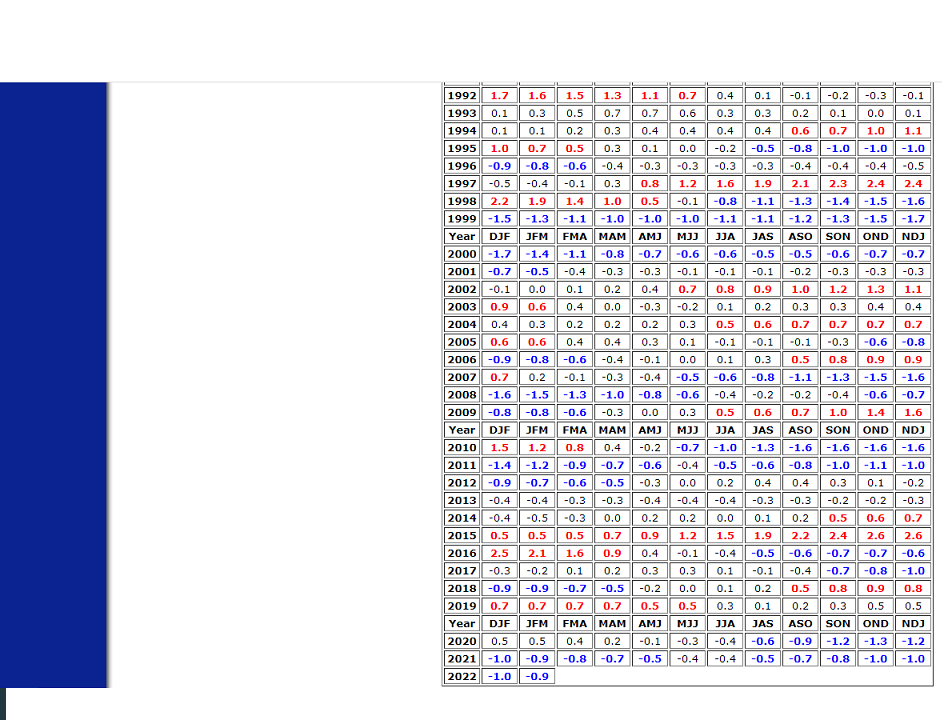 DESCRIPTION: Warm (red) and cold (blue) periods based on a threshold of +/- 0.5oC for the Oceanic Niño Index (ONI) [3 month running mean of ERSST.v5 SST anomalies in the Niño 3.4 region (5oN-5oS, 120o-170oW)].
*Mascarene High: Monsoon's best buddy
These come from a powerhouse located more than 4,000 kilometres from India. This powerhouse is known as the Mascarene High.  Not yet formed to the required levels due to persistent Lows 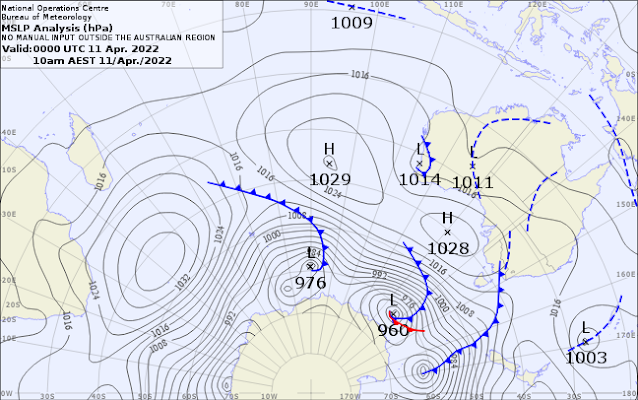 The day and Night temperatures /Anomaly are shown  here...indications of hot weather with temperatures having reached 46.5c (Jacobabad) in the Sub Continent...Favourable. ( + )

Also early LWD forming and precipitating Thundershowers in Central/Western Southern Peninsula Regions..May damage prospects of timely formation of LWD in Peninsula to Create and form a proper Seasonal Low in the Deserts. ( indicator: - )

Depending if the April Parameters change/Form or remain same...the arrival date of the Monsoon will be determined in late April.

Thanks for a nice follow up in series.
Had a query ..ENSO indicator following vagaries terminology over the years, it being a neutral neither la nina or wl nino- to be considered as positive or neutral indicator?

Nilay...Yes normally you are right. But this time possibilities of favourable indication is more possible