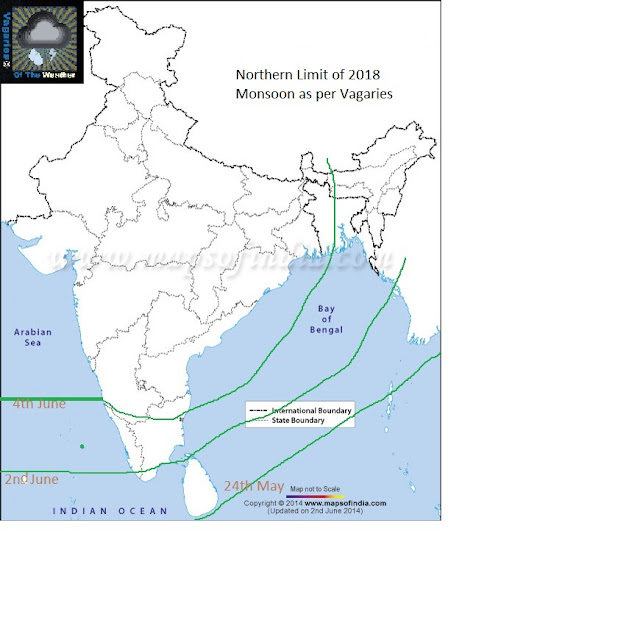 South West Monsoon has moved up as a feeble current to just North of Mangalore along the West Coast..with the help of a weak Low off the coast as seen in the NMCC chart. 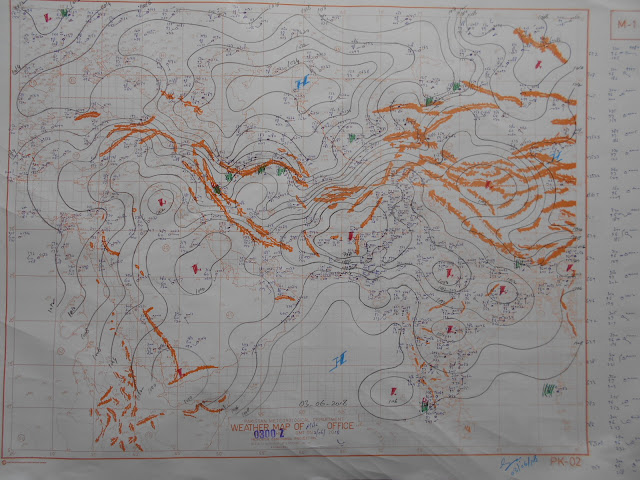 East West Shear zone is prevalent along 12N, and a feeble push along the upper air divergence is seen in that region.

Around 8th June, A Low pressure AS-4, is likely , or can possibly form, off the Mumbai coast at around 17N & 70E. The off shore trough is likely to get very strong, and this AS-4 my deepen and move NW. (Chances of forming medium)

Mumbai: 4th/5th 6th: Partly cloudy and hot at 33/34c. With chance of Thunder showers in the evening in some parts. Considerable increase in rainfall or Mumbai after 7th June. SWM may advance on 8th June.

Some Showers expected in Central and Eastern Saurashtra.

Sir is the system going to deepen into a depression?

And will it steer with jet stream?