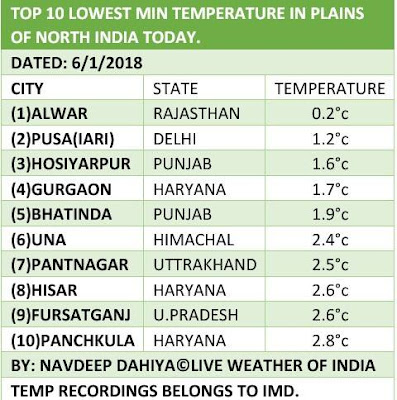 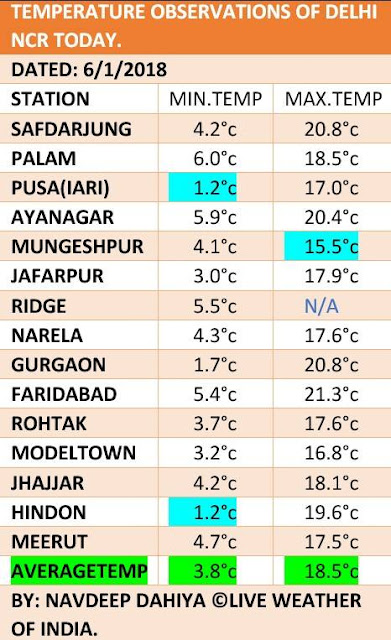 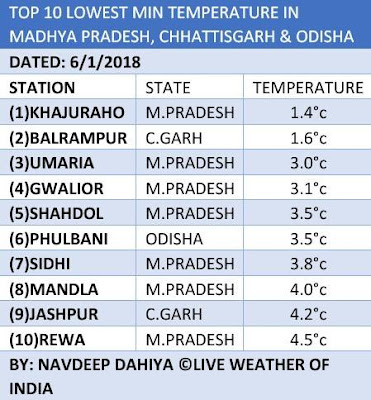 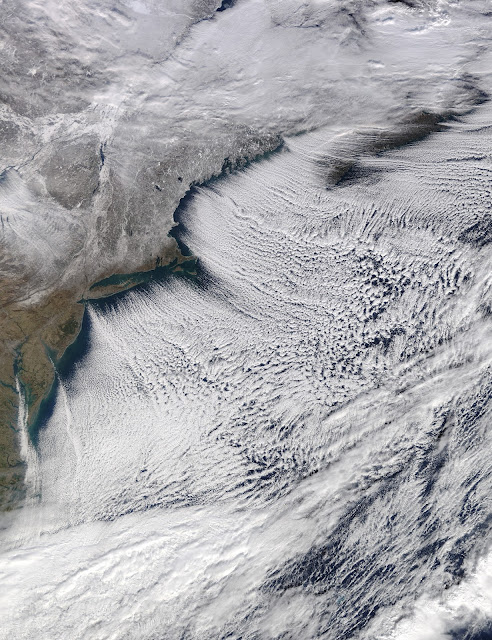 The Moderate Resolution Imaging Spectroradiometer (MODIS) on NASA’s Terra satellite captured this image of the frozen Northeast landscape on December 28, 2017. Brisk northwesterly winds created rows of “cloud streets” as cold air blew over Lake Ontario and the Atlantic Ocean. A layer of snow covered much of New England and upstate New York.
Cloud streets are long parallel bands of cumulus clouds that form when cold air blows over warmer waters and a warmer air layer (temperature inversion) rests over the top of both. The comparatively warm water gives up heat and moisture to the cold air above, and columns of heated air called thermals naturally rise through the atmosphere. The temperature inversion acts like a lid. When the rising thermals hit it, they roll over and loop back on themselves, creating parallel cylinders of rotating air. As this happens, the moisture cools and condenses into flat-bottomed, fluffy-topped cumulus clouds that line up parallel to the direction of the prevailing winds.
While the cold streak has not broken all-time records, it is breaking records for individual days. On the day the image was acquired, weather observers on Mount Washington (New Hampshire) recorded a daily record low of -34 degrees Fahrenheit (-36° Celsius). Baltimore, Boston, Flint, New York, Montreal, and Toronto Cities have seen records fall during this cold snap.
The cold weather pattern has its origins in a large bulge, or ridge, in the jet stream that has brought unseasonably warm weather to Alaska. On the east side of this ridge, a trough in the jet stream plunged southward, bringing plenty of Arctic air with it. This orientation of the jet stream, which looks similar to the greek letter omega, is known as an omega block.(See Article on 200 Jet Streams..Explained there).
NASA image by Jeff Schmaltz, LANCE/EOSDIS Rapid Response. Story by Adam Voiland. From Earth Obervatory NASA.
By Rajesh at January 06, 2018

It is strange entire US freezes with massive snow blizzards, Russia is still waiting for proper winter to start with snow! Huge climate change?

I would like to thank you for the efforts you have made in writing this article. I am hoping the same best work from you in the future as well. In fact your creative writing abilities has inspired me to start my own blog now. Really the blogging is spreading its wings rapidly. Your write up is a fine example of it.Thank you so much for taking the time to share with us. panseva