Top 13 Rainfall ( mms) in India for 2013: Thanks to Pradeep John for these figures of All India Rainfall

Scientists have located the coldest place on Earth, where the temperature plunged to minus 135.8 degrees Fahrenheit, -93.2c,  on Aug. 10, 2010.
That reading was almost reached again this year at a nearby location when the mercury reached minus 135.3, -92.9c,  degrees on July 31.

The discoveries were made after the U.S. National Snow and Ice Data Center analyzed thermal satellite images that pinpointed the chilliest spots in two of the many frigid pockets within the heart of Antarctica.

The coldest daily temperature on the planet is recorded most of the year at Russia’s Vostok research base, where the official planetary record low of minus 128.6 degrees F, -89.2c, occurred on July 21, 1983.

Ice scientist Ted Scambos of the Colorado-based center cautions Guinness not to publish the unofficial new low in their record books just yet because further research could come across an even colder reading.


That means the atmosphere has seen a swing of almost 300 degrees in temperature between the hottest and coldest spots on the planet. 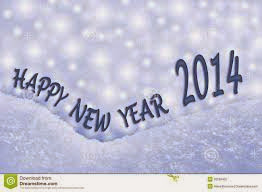 " Happy New Year"
Your steadfast support and belief has kept Vagaries amongst the top of all weather blogs in India.

Thanks to all readers from across the Globe.

See Current Weather Page for effect of (Western Disturbance) over Kashmir..and Latest on South trough
By Rajesh at January 01, 2014

Happy New Year to you all...

May Every Day of the New Year glow with Cheer & Happiness for You & Your Family…..
HAPPY NEW YEAR 2014 to all Vagaries blog readers..

Happy and a wonderful new year to all the weather buffs

happy new year to rajesh sir ,arpit sir and all other vagariens!!!!!!

A very Happy and a prosperous New year to everyone at Vagaries.

A Very Happy New Year to All

Happy New year to all

shocking to see cherra so low on the list

Happy new year to all...@Hrishikesh: I am a learner like you...you can call me arpit only...

Happy New Year to all

For the new year, I would request one change - I have not seen much debate / discussion on this forum, I have only seen people patting backs and saying all great things about each other. A vibrant Scientific blog like Vagaries should have divergent views and debates. Tolerance to other views should be high.

Siva K : We Vagarians have several weather discussions and chats on fb...the fb group "vagaries of the weather" is very active, and useful and constructive discussions and exchange of views and news take place everyday. There are 145 members from all over in the vagaries' group...

I again request all vagarians to keep our blog readers who hesitate to come on social media, posted with the latest thru "comments" on the blog..

doubt BB1 can bring any rain to drought stricken TN. Even Sri Lanka has not received any significant rain - worst is it may follow footsteps of madi,helan,lehar.....0mm of rain???

As US,EU are in snow, warm weather over Russia and heat wave over Argentenia...South America..

2014 year first tropical cyclone -Tropical Cyclone Bejisa is starting 2014 churning east of Madagascar and taking aim at the French island of Réunion. (1 day ago). Apparently Reunion is also place to receive most extreme 24 hours rain due to cyclones..

Between 7 and 8 January 1966, Cilaos at the centre of Réunion received 1,869.9 millimetres (73.62 in) of rainfall. This is the greatest 24-hour precipitation total ever recorded on earth.[18] Another part of the island holds the record for most rainfall in 72 hours, 3,929 millimetres (154.7 in) at Commerson's Crater in March 2007 from Cyclone Gamede. Commerson also holds the record for most rainfall over all periods ranging from 4 to 15 days from a storm in 1980.