The north shore of the Hawaiian island Kauai may have set a national record for the most rainfall ever in a 24-hour period, according to preliminary data. Rain gauges in Waipa, about a mile west of Hanalei, recorded 49.69 inches (1262 mms) on April 14 and 15.
Intense rainfall cut a path through Hanalei, which received 28 inches (713 mm) of rainfall. The U.S. Army and National Guard airlifted more than 220 people from the Haena and Wainiha areas after Kuhio Highway, the only road that leads to them, was blocked by landslides. Floodwaters carried off bison, some of which were rescued from the ocean. Ocean water around Kauai was an unusual shade of orange for a week after the storm because red–orange clay from the mountaintops was swept into the water by the rain.
The torrential rain began on April 12, when an elongated area of low pressure disrupted the normal flow of the northeast trade winds above Oahu. This caused heavy rainfall as the system strengthened and moved slowly over Kauai. The rain event lasted through April 19.

Heavy precipitation on Kauai was headline news two weeks ago, with flooding and substantial damage on the north side of that mountainous island.

That is something amazing. 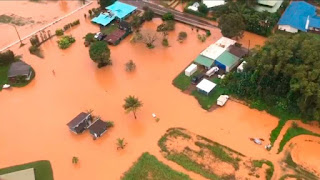 This week the National Weather Service released a special statement that a rain gauge in Waipa, about a mile west of Hanalei, on the north side of Kauai, received 49.69 inches...1262 mms.... during the 24 hours ending 12:45 PM HST on Saturday April 15th (that is 2145 UTC/GMT).  As an aside, the message was written by Kevin Kodama, the NWS Service Hydrologist in Honolulu, and a graduate of the UW Atmospheric Sciences department). 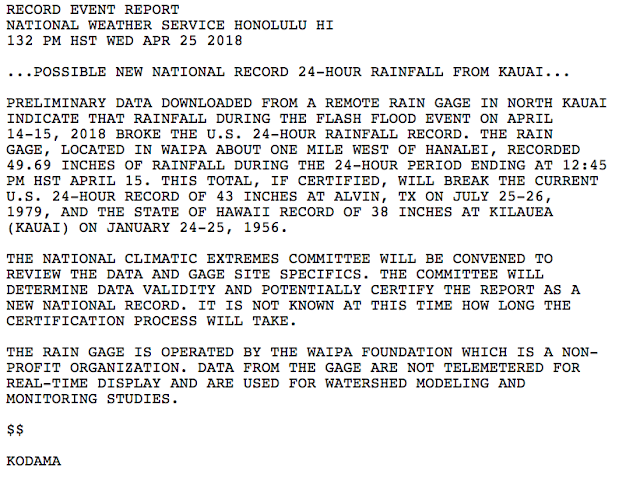 An official review team will evaluate the quality and consistency of the rain gauge data to determine whether the record was actually broken.   This was not an official NOAA rain gauge but one installed by the Waipa Foundation.   If true, the April 14-15th total would smash the previous U.S. 24-h record of 43 inches observed in Alvin, Texas on July 25-26, 1979.

Just stunning.  A huge collection of lightning strikes over the northern and northeast side of Kauai (over 3000 of them). 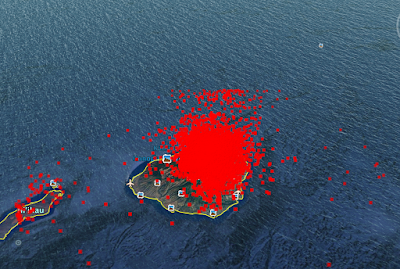 As of now not raining in NCR. but its very windy.some place in NCR wind gust up to 100km/h

Any chance of rain or thunder showers in Mumbai