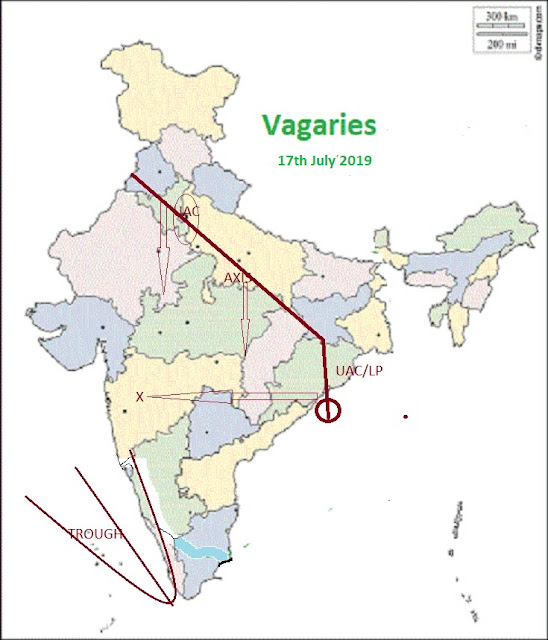 1. Monsoon Axis has Moved South, and is Moving south next 2 days.
Hence showers in Delhi on Wednesday as we noted ...22 mms in S,Jung and 17 mms at Palam. NCR Rainfall will last till Thursday.

Unfortunately..No meaningful rains expected in Gujarat till 21st at least.
Rainfall dull and Low in Indore, will increase from Sunday...

Pune: Low rains phase till Friday with the days around 30/31c. Saturday will see slight increase in rains frequency thru Sunday.
By Rajesh at July 17, 2019

Now all hopes of gujarat on possible upcoming last week bay system...Hope nature will not behave much cruel for us as it behaving till now...

2019 SWM has been exceptional for Mumbai, Navi Mumbai and Thane. Widespread rains for multiple days in range 300-400mm in 24 hrs was quite common. Few years back 400mm in 24hrs was rare achievement. In fact recent Konkan rains have beaten all records including last year 2018 August rains.
Kerala which is facing deficit -50% hope vagaries forecast turns true and fill parched lakes. It is very difficult to imaging how can a cities survive with just 2 digit rains from june - july....

To one person who is negative about South... JAMSTEC forecasts above normal to normal in NE season. South India has two monsoon season whereas West India i.e. Guj, Raj, Mah has to depend on only 1 season. Too much of negative talks about only 1 region whereas Sau/Kutch, NG is suffering from unusually low rains for last 2-3 yrs. Hope that situation improves for West India and only West India from 21st onwards and remaining SWM season is above normal rainfall for West India!!!

If the system tracks West and not NW as usually the systems do, then meaningful rains will not happen in Gujarat. For heavy rains to occur in Gujarat, the system needs to track WNW and enter around North Gujarat and then continue on to Saurashtra. As per the vagaries map, the system looks to end in Madhya Maharashtra.

NE monsoon - never existing monsoons.... 90% times fails, unpredictable, may escape to Orissa or NE states.
South GUJ had very good rains- valsad,Vapi...received 300-400mm of rains in 24hrs multiple times when UAC formed over AS. Rains will happen. GUJ,MAHA,RAJ receives systems both from AS and Bay. Every state requires water.

Rajesh Sir
very nice explanation with picture(Map).
will east m.p get rain from the BB-5 ?

Have a look @ above link. Guess is this Thar desert or Rayalseema... It is Rayalseema. 5 years of drought due to North East Monsoon failures (as such usually fails). It is better times for film industry no visit for Rajasthan for sand based shooting, abundant sand available in Rayalseema. Anantapur,Cuddpah,Chittor,Rayalseema are driest areas of India. Annual rains are less than 200mm ! 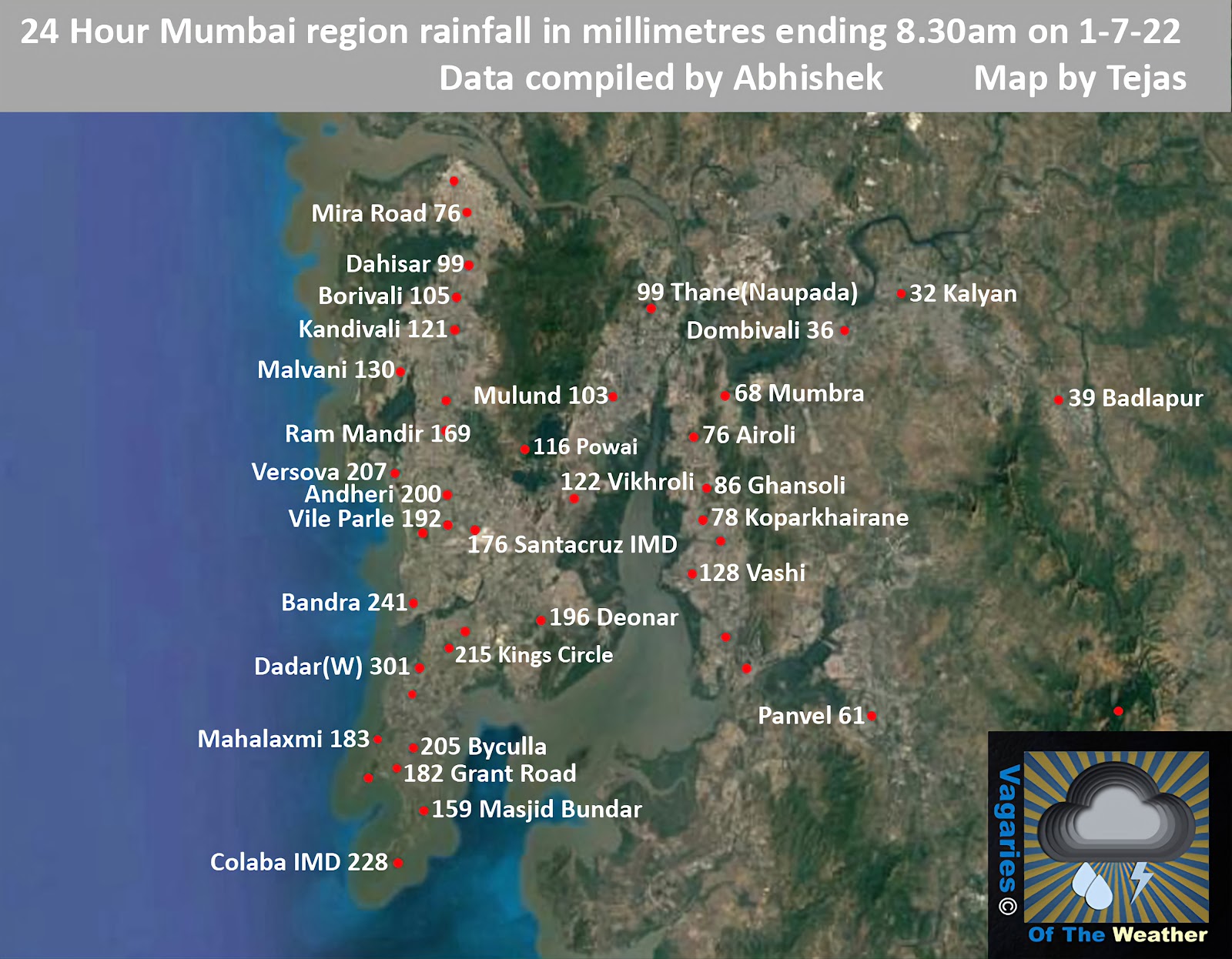